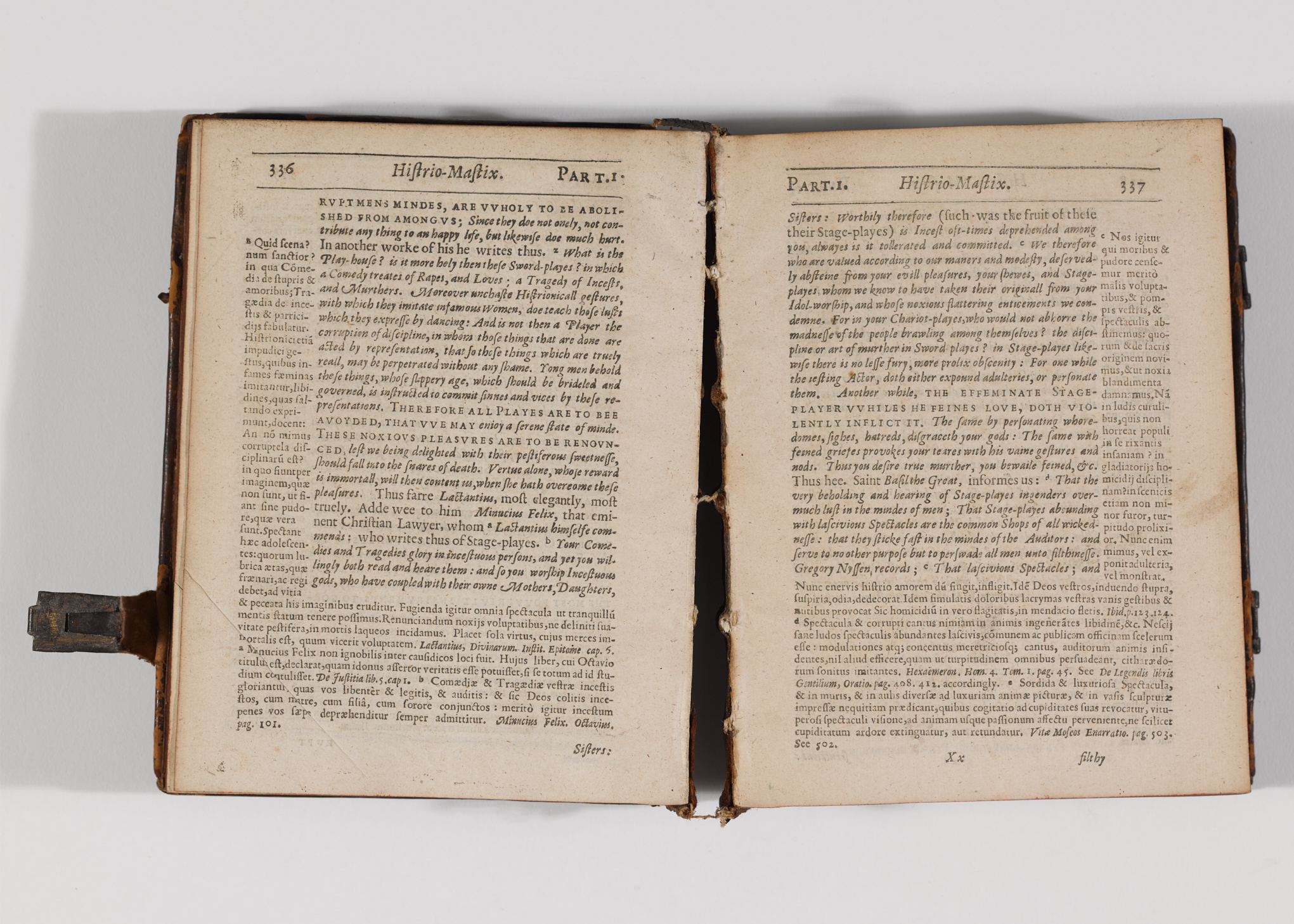 Melmoth the Wanderer contains a reference to this book by the prolific Puritan writer, William Prynne (1600-69), which argued that plays and theatres were sinful and ungodly.

Prynne’s obsessive need to add marginal references and comments to everything he wrote led to his nick-name: ‘Marginal Prynne’.

Histrio-Mastix attacks actresses as ‘notorious whores’. Unfortunately for Prynne, the book appeared shortly after Queen Henrietta Maria had appeared in a play at the royal court. Prynne was found guilty of seditious libel and sentenced to life imprisonment. He also had both his ears amputated.

The tight binding suggests that our copy was little read apart from this section (where the spine has been broken open) on the lascivious thoughts engendered by male actors dressing as females.

Intriguingly, Maturin’s reference to Prynne’s book in Melmoth the Wanderer is presented in the context of the popularity of the actor Edward Kynaston (1640-1708), who made his name by playing female roles. 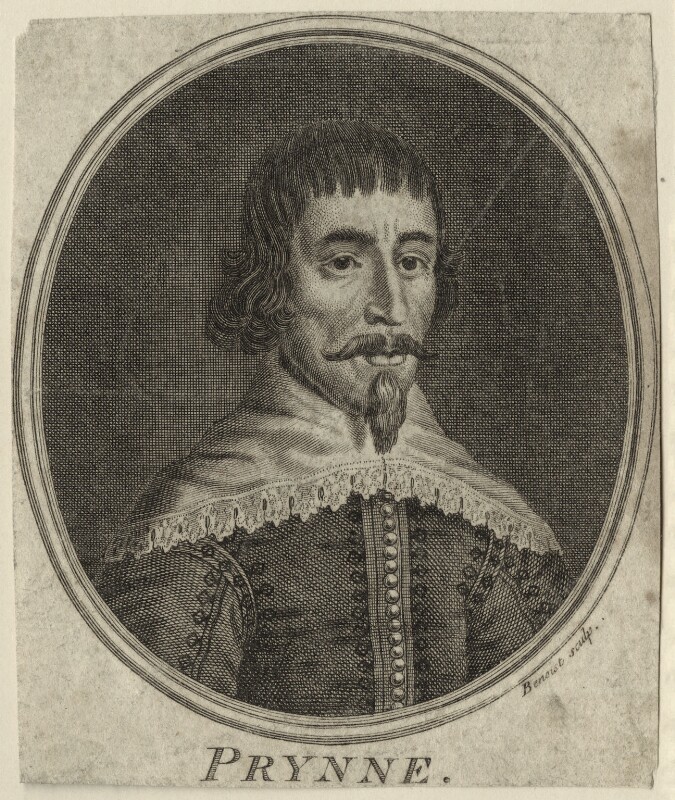