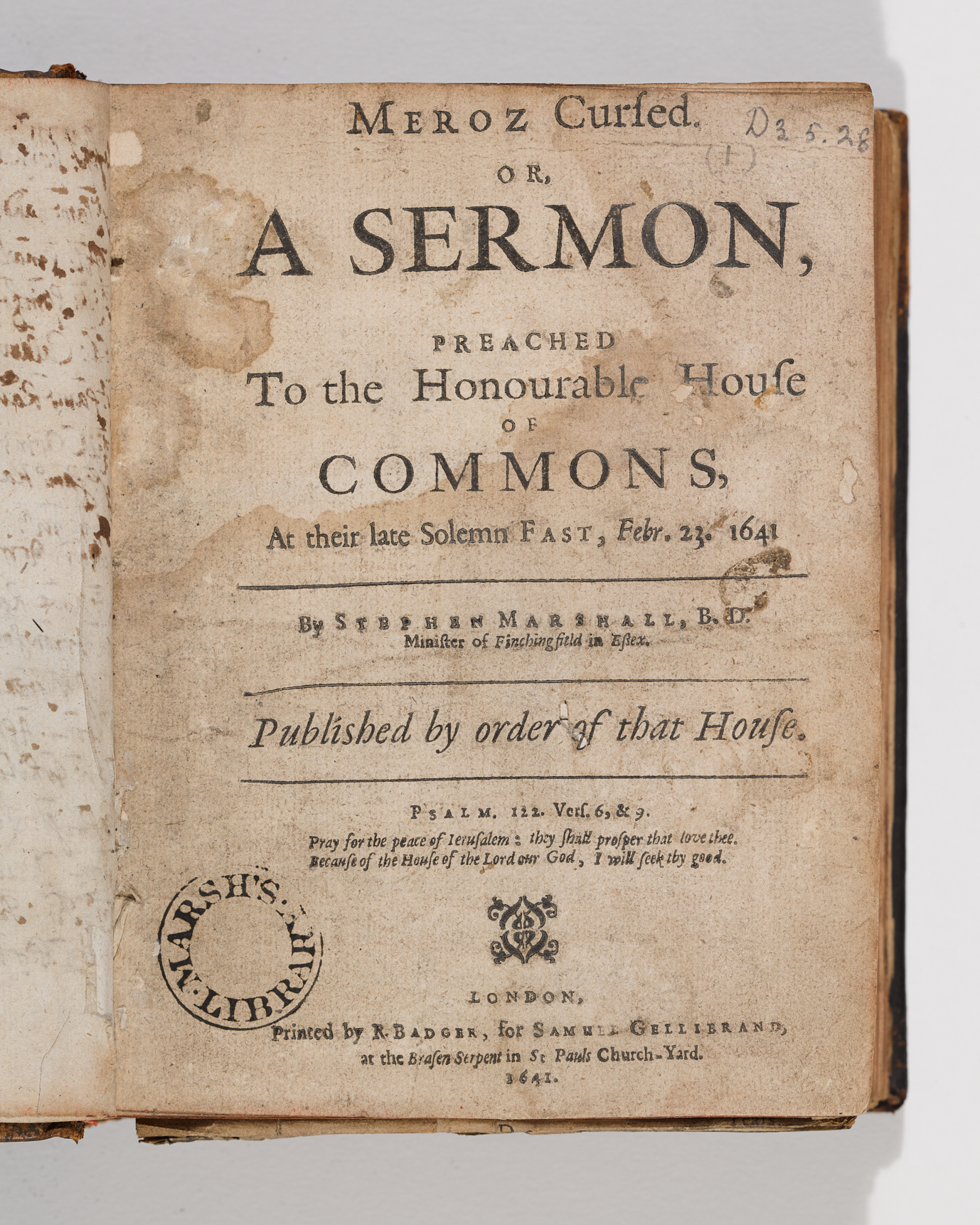 In Chapter III of Melmoth the Wanderer, Maturin refers to the biblical text concerning ‘the curse of Meroz’ (Judges 5:23)

The context suggests that Maturin knew of a notorious sermon by the Puritan preacher, Stephen Marshall (c.1594-1655).

In Meroz Cursed, Marshall suggested that those inhabitants of London who did not come to the aid of the Godly against the king would suffer the same punishment meted out to Meroz in the Old Testament: they would be cursed by the Angel of God.

Marshall’s sermon was seen by many as a fanatical call for Holy War against the Stuart monarchy. 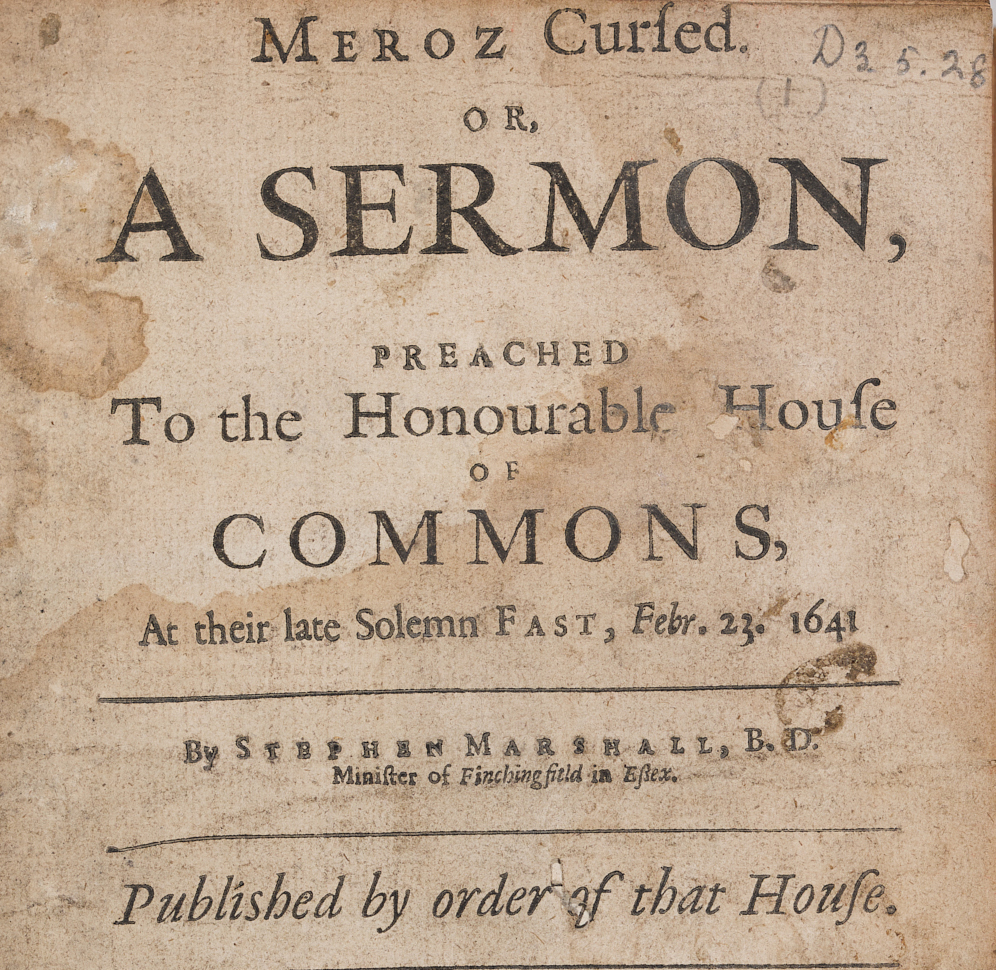