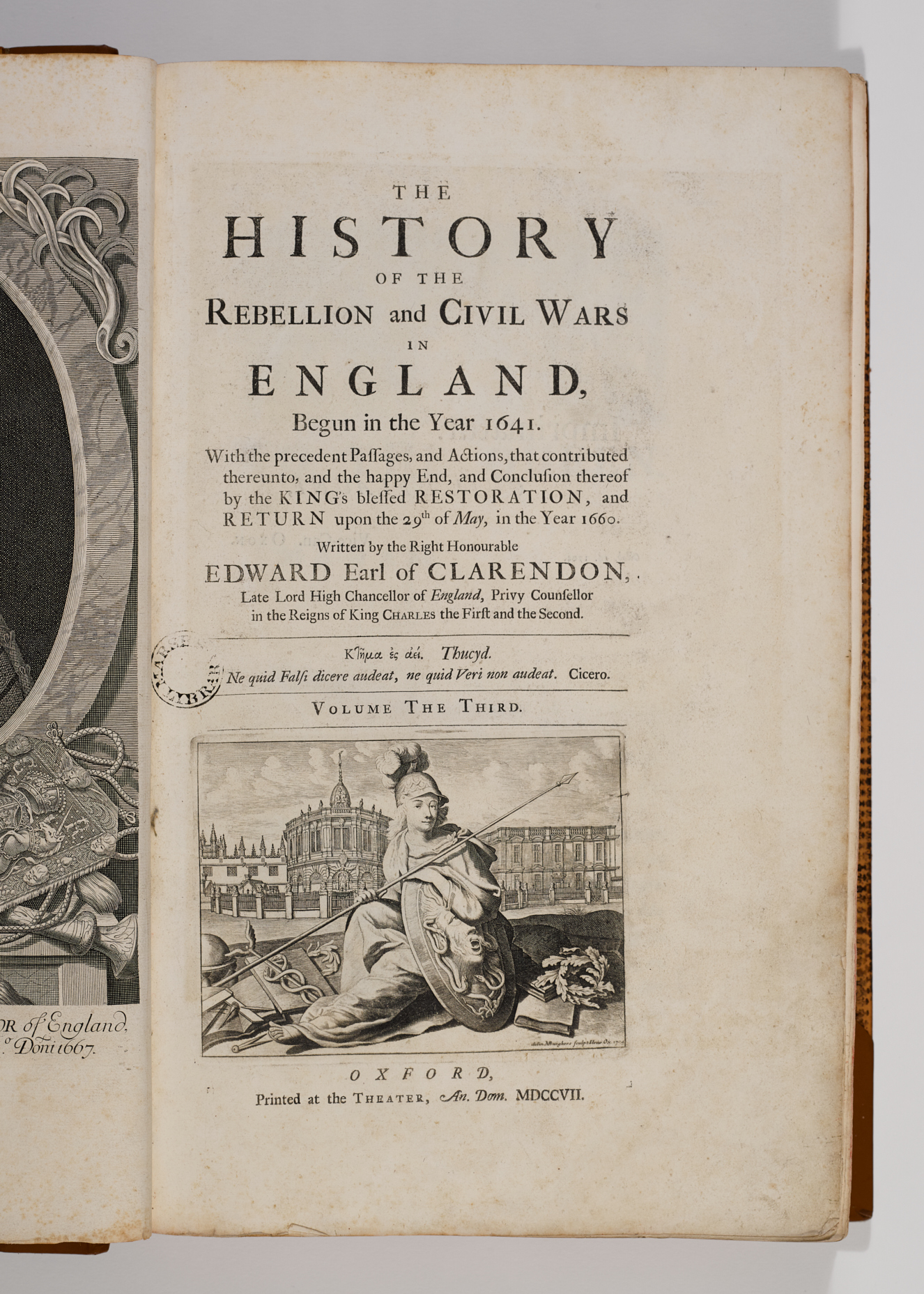 Melmoth the Wanderer refers to the plight of King Charles I in late 1647: ‘the false Scots, and their solemn league and covenant, and Carisbrook Castle’. The relevant pages of Hyde's History contain several angry remarks written in pencil by Jonathan Swift against the treachery of the Scots.

This book was often shown to important visitors to Marsh's Library during the 19th century. For example, when the Scottish novelist Sir Walter Scott visited Marsh’s Library in 1825 (shortly after the death of his friend Maturin) he was shown this book. He was ‘was much interested and amused by some marginal autograph notes, written, chiefly in pencil … by Swift in his most caustic and abusive style, containing the fiercest invectives against the Scottish nation.’

It is very likely that Maturin, who had long been in the habit of reading in this library, was aware of this passage about the 'false Scots'. 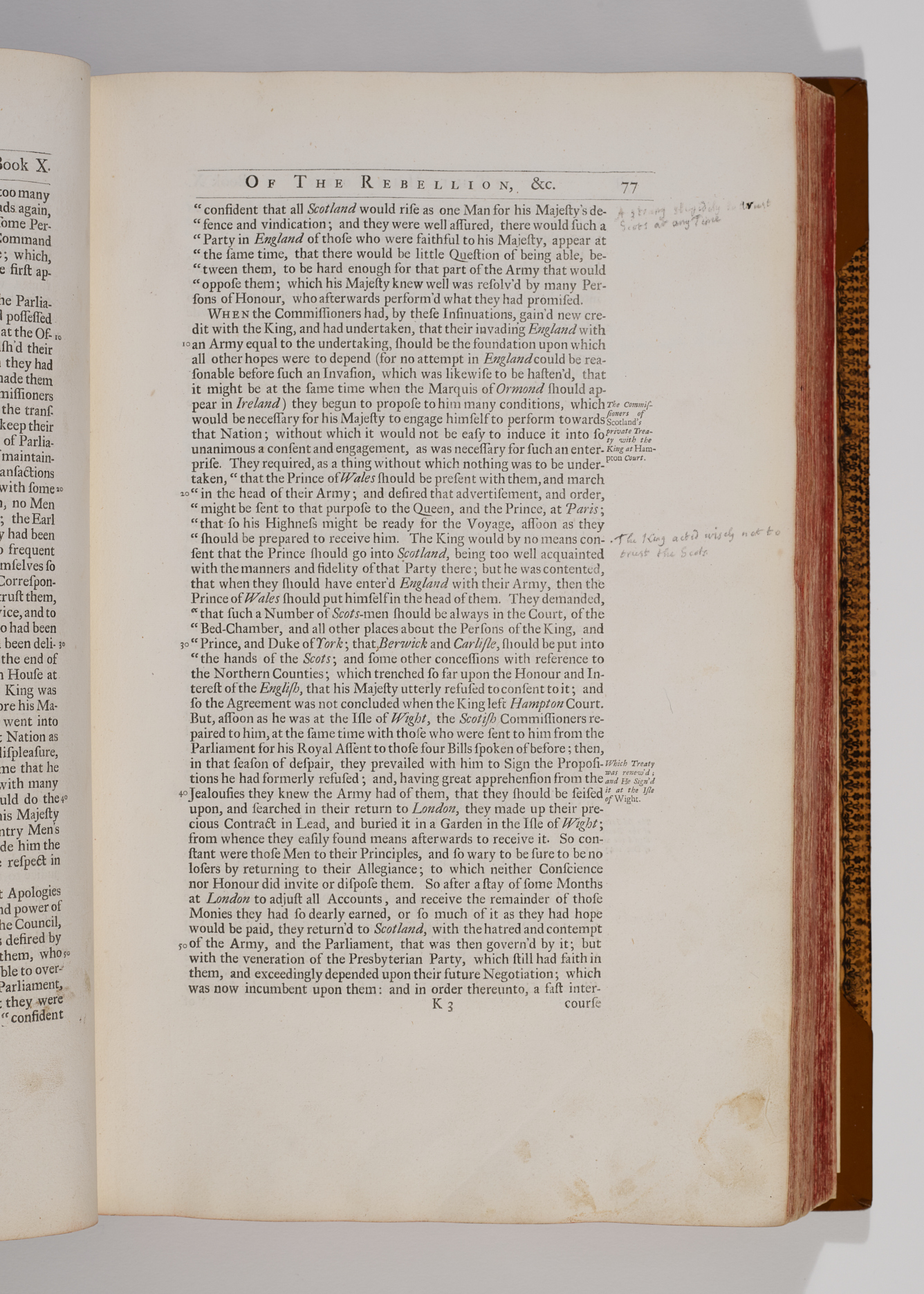