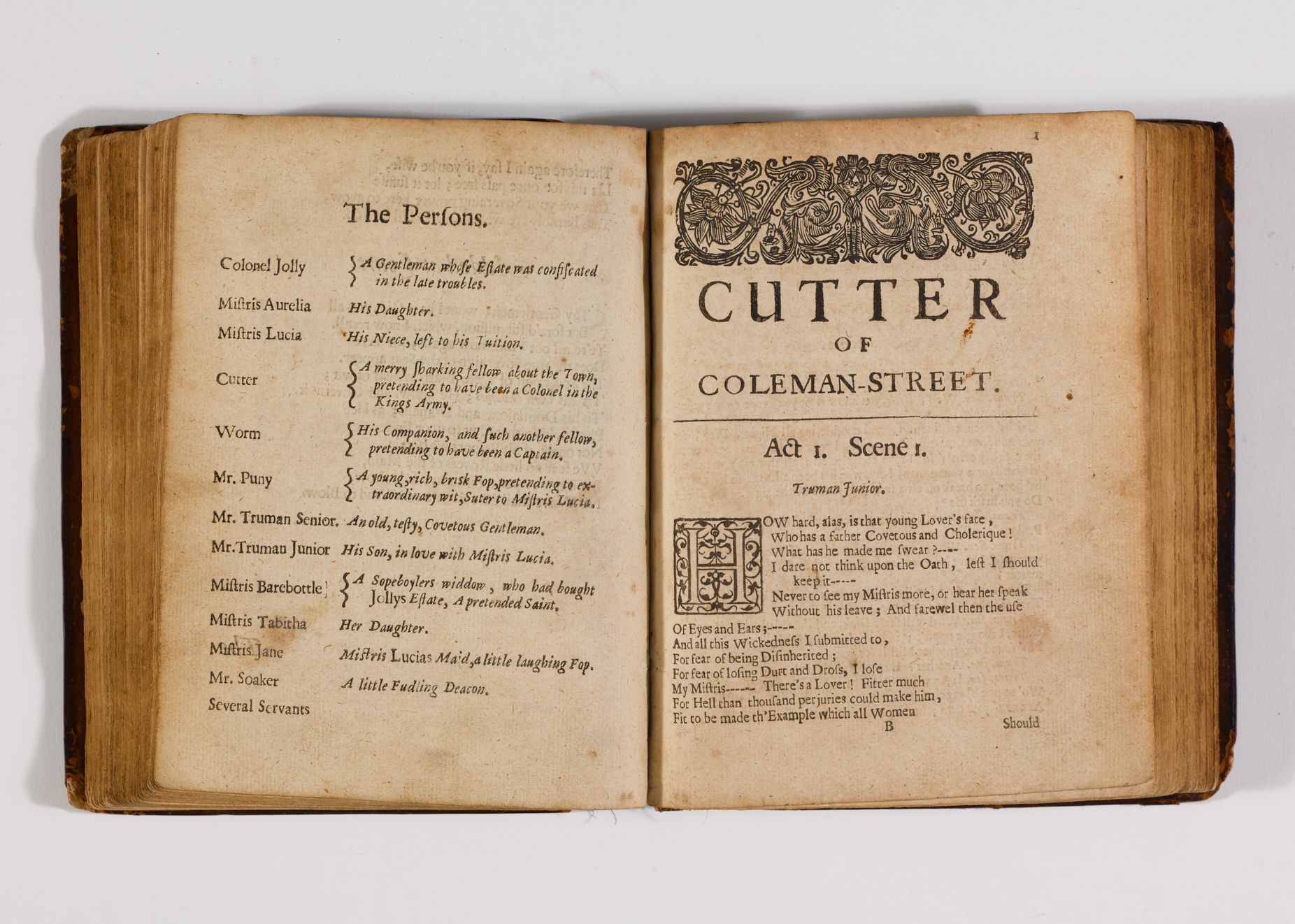 The Restoration of the monarchy in 1660 saw the return of the theatres and a flowering of literary production. Melmoth the Wanderer celebrates this era of creativity and contrasts it with the darkness of the Puritan regime.

Here we show the opening scene of Cowley’s comedy Cutter of Coleman Street, which attacked the Puritan regime and those ‘trimmers’ who later pretended to have been Royalists during the Civil Wars.

Maturin quoted from Cowley’s play twice in Melmoth the Wanderer. On both occasions he inserted a footnote to the work, presumably because he thought his readers might not identify the obscure references. 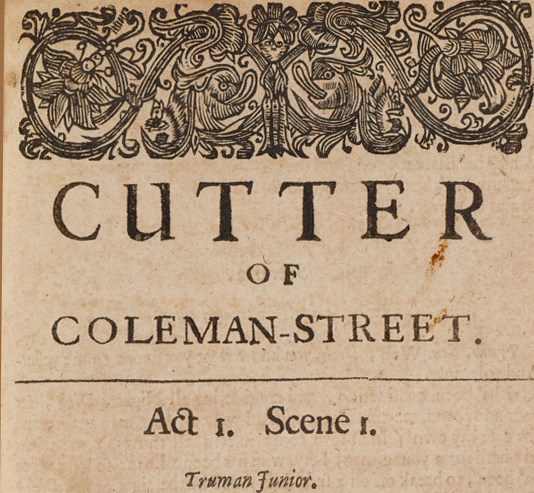