John Dryden, The Conquest of Granada by the Spaniards (London, 1672). 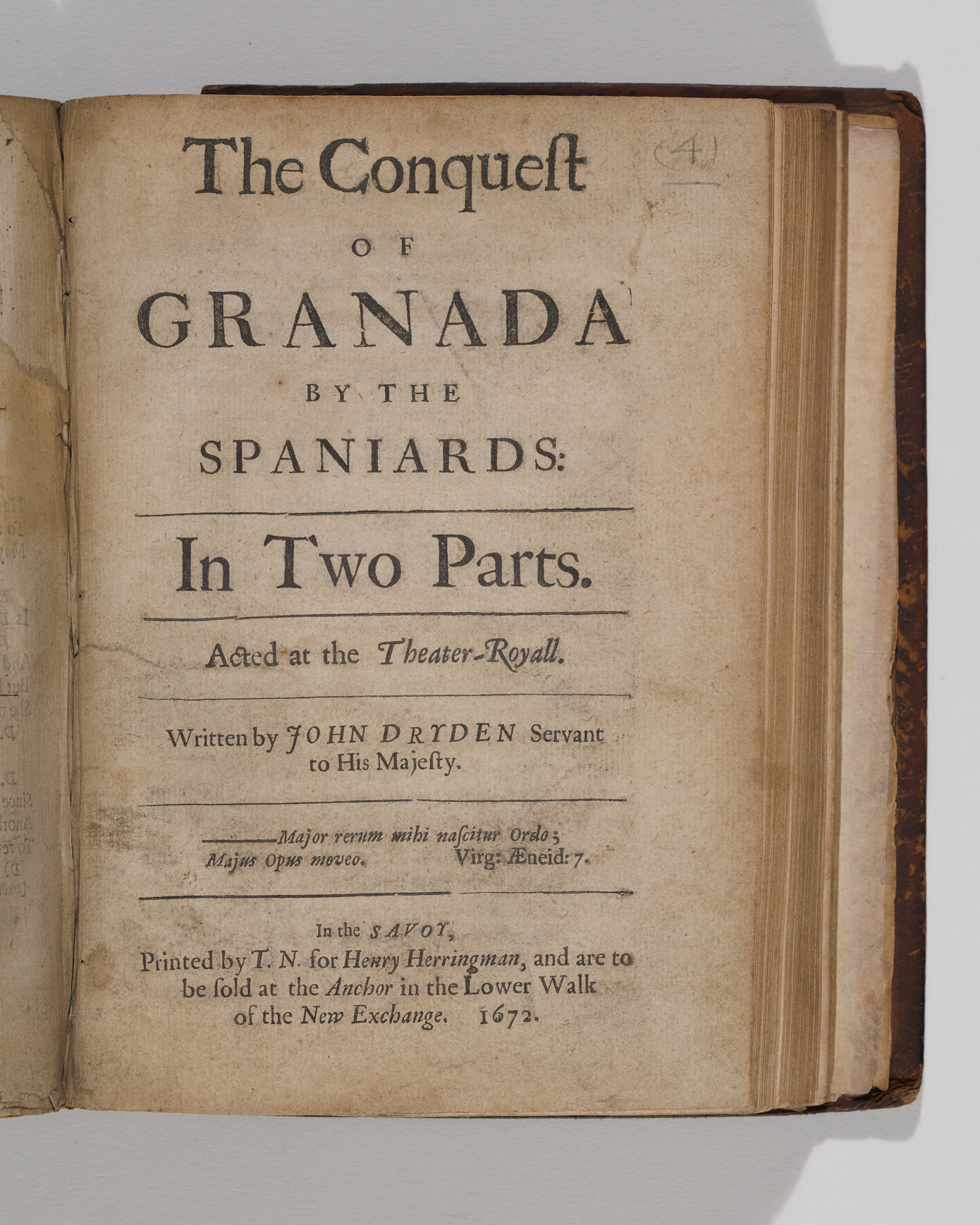 Maturin has his anti-hero Melmoth travel to Spain in the late 1670s and reside there for a lengthy period.

Maturin notes in the novel that several leading Restoration dramatists had chosen ‘Spanish and Moorish subjects for their principal plays.’

In the context of Dryden, who is mentioned six times in Melmoth the Wanderer, this is a clear reference to this famous work.

John Dryden, The Conquest of Granada by the Spaniards (London, 1672). 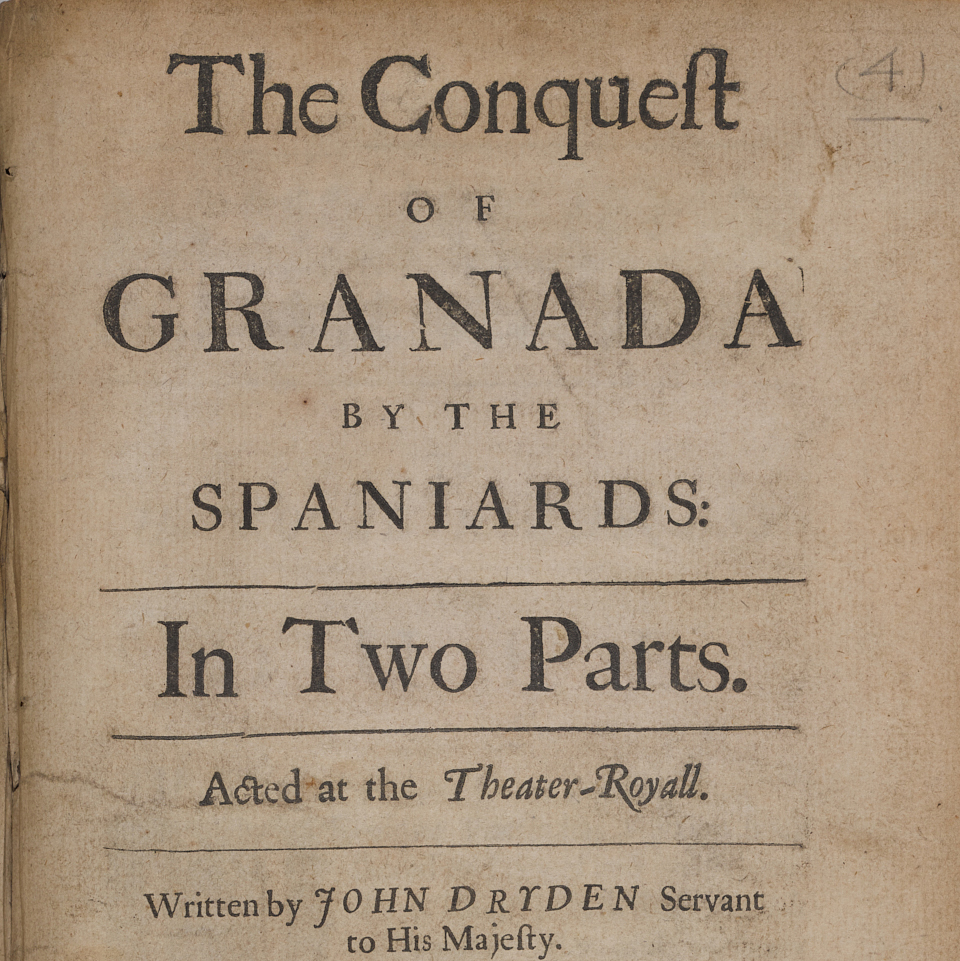