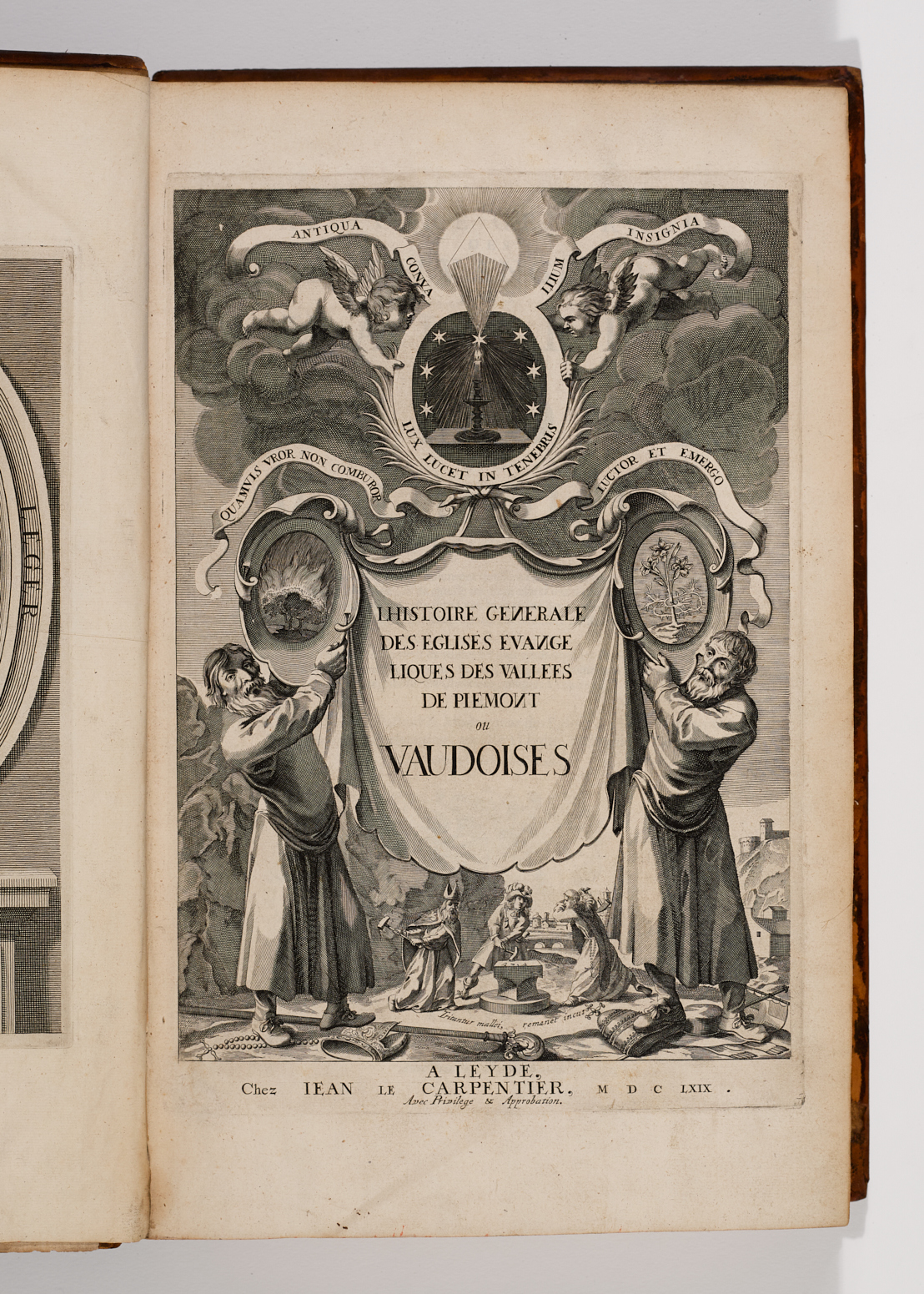 This book shows a two-page map of the valleys where the Vaudois were living in 1655 and shows gruesome images of the massacres committed against the civilian population.

One image shows women and children being thrown off a cliff. An incident of this nature was widely reported in the London newspapers in 1655.

In John Milton’s famous formulation this specific atrocity was immortalised in the line: ‘Slain by the bloody Piedmontese, that roll’d / Mother with infant down the rocks’.

Milton’s verses were, in turn, quoted by Maturin in The Albigenses to make sense of the earlier 13th century massacres of the Vaudois. 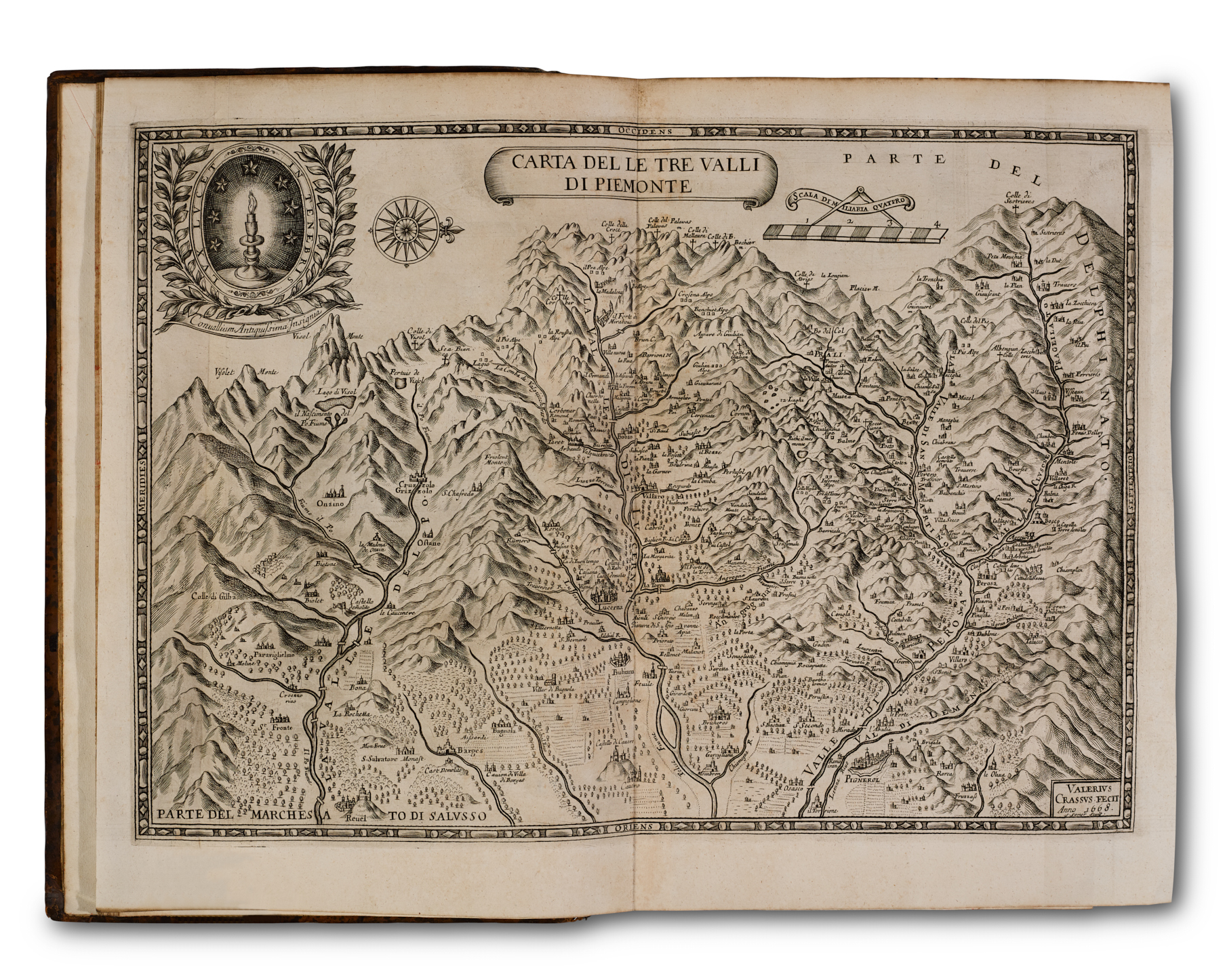 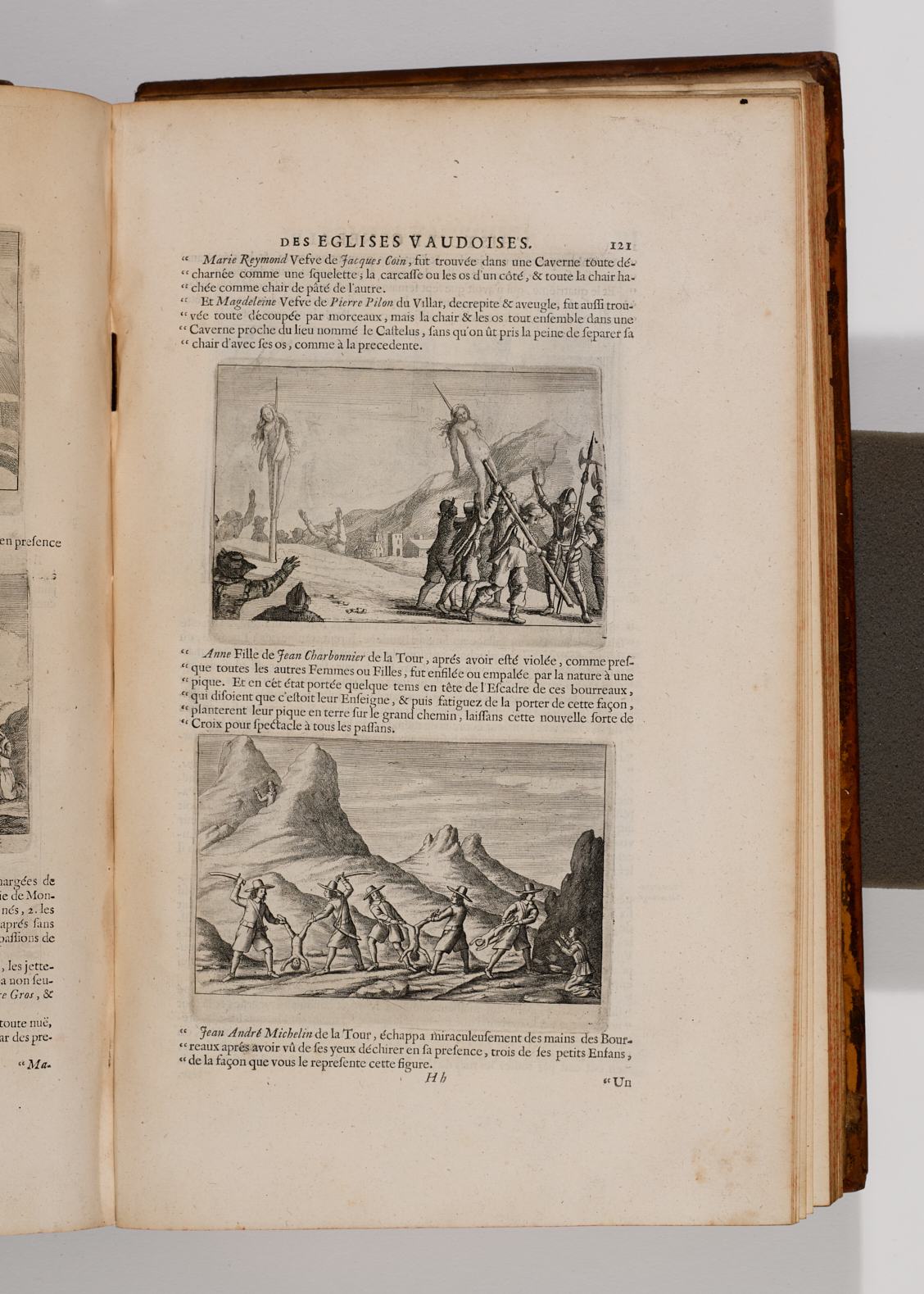 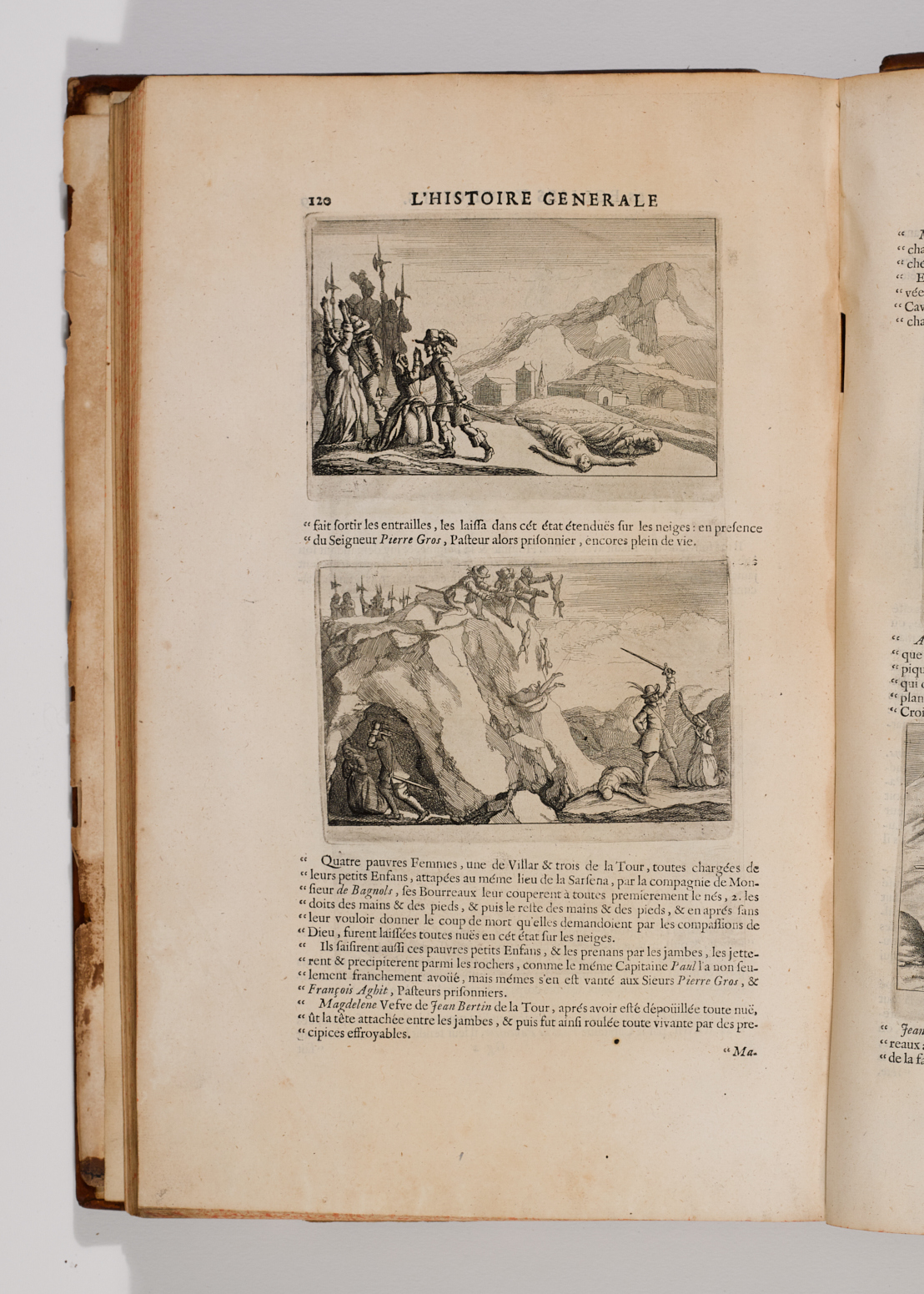