Parchment leaf used as the cover of a volume of three pamphlets: '[The Righteousness evangelical describ'd]' [1663]; 'Rules and advices to the clergy of the diocese of Down and Connor', 1663; and 'A Sermon preached in Christs-Church Dublin, July 16. 1663. At the funeral of the most Reverend Father in God, John, Late Lord Archbishop of Armagh, and Primate of Ireland, with a narrative of his life', 1663. 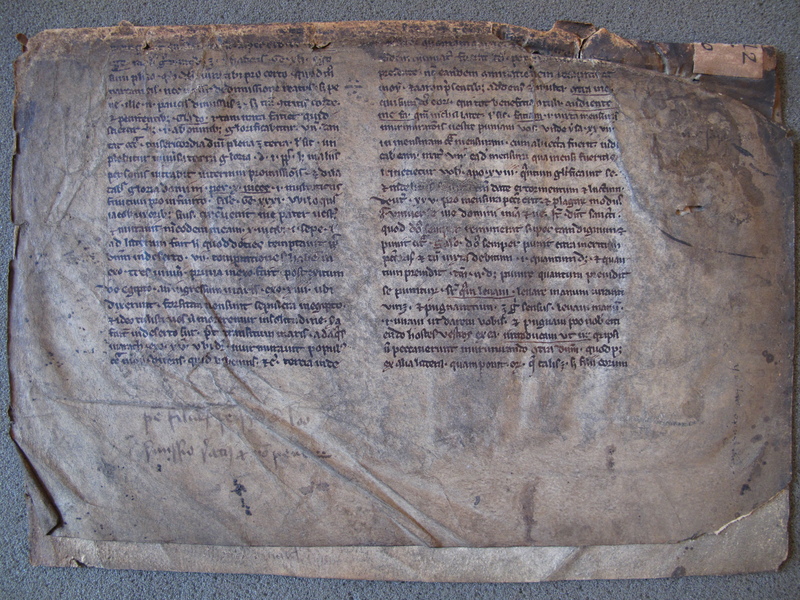 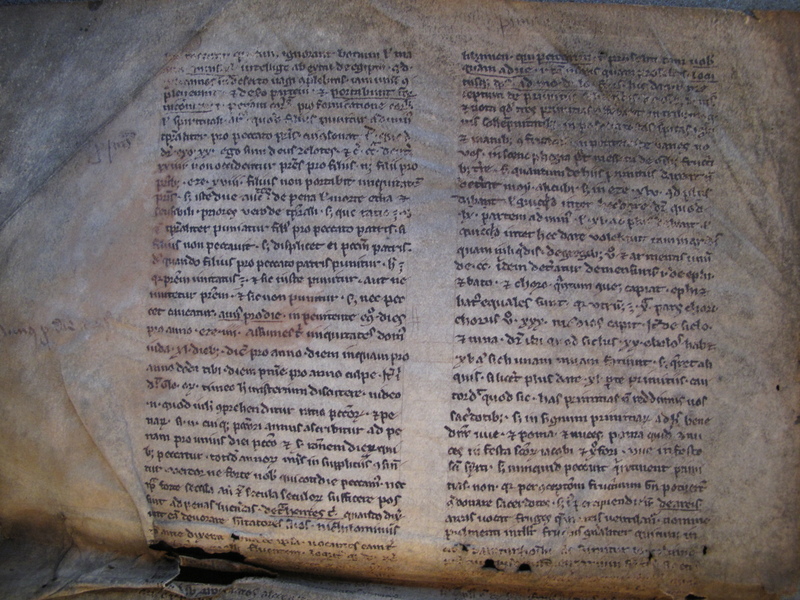 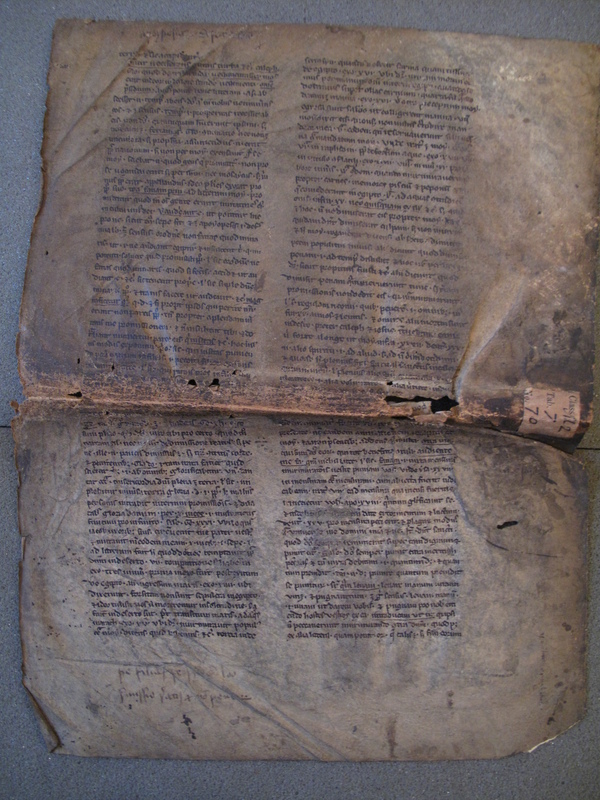 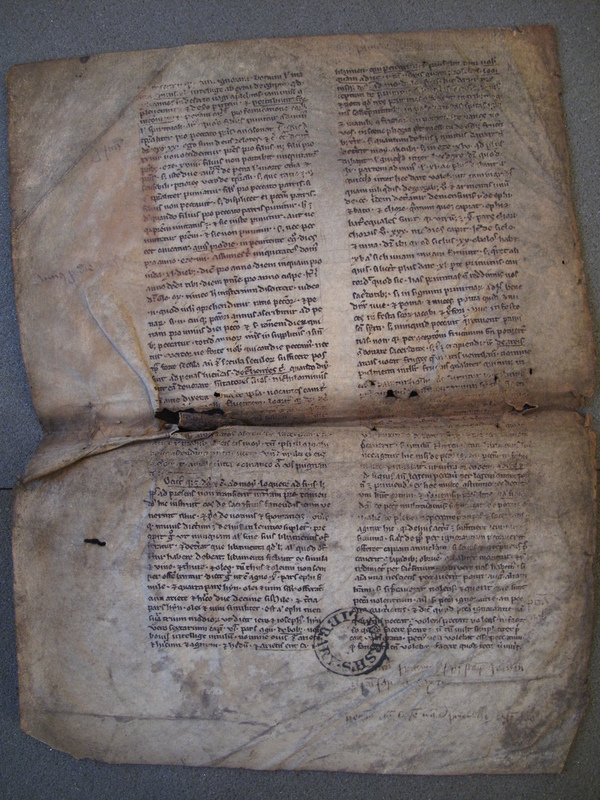 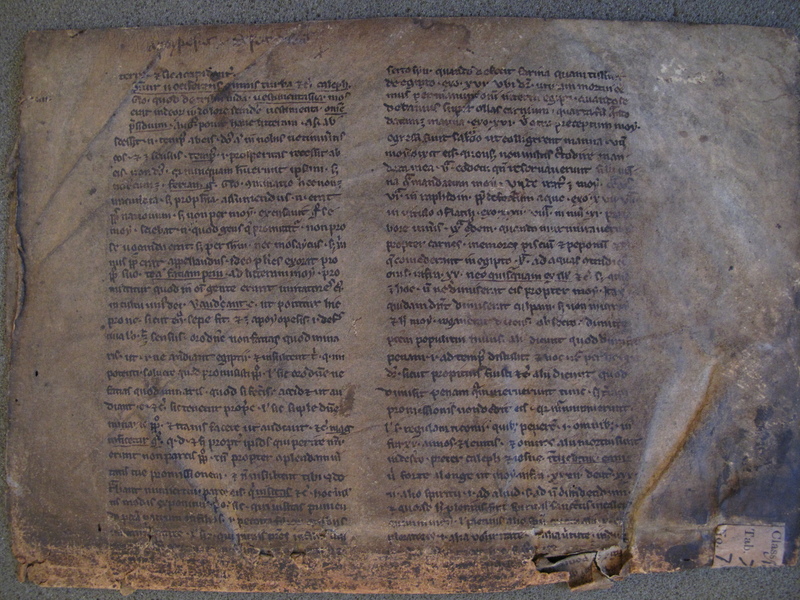 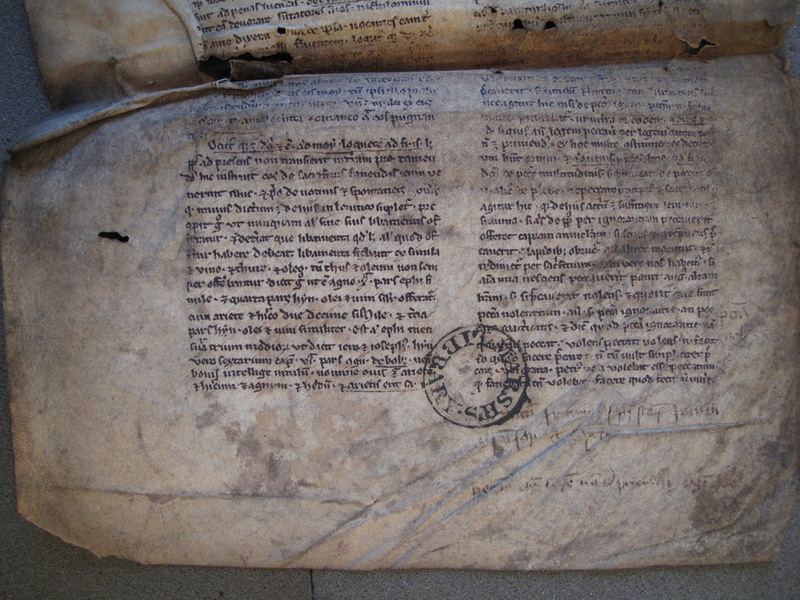